The Sporting Opponent That Could Beat Every Single Athlete

The climate crisis threatens the very future of major sports and sporting events around the world, while the global sports industry is failing to address its own emissions, a new report has found. In the future, almost all sports, including tennis, rugby, athletics, cricket, football and winter sports will suffer the impact of a warming world, facing heatwaves, floods, fires, and rising sea levels, the study released Saturday by the Rapid Transition Alliance found. Almost a quarter of English league football grounds can expect flooding of their stadiums each year by 2050, while one in three British Open golf courses will be threatened by rising sea levels, the study said. Meanwhile, the Winter Olympics, along with other winter sports, will become increasingly difficult to host because of rising temperatures, the report warned. 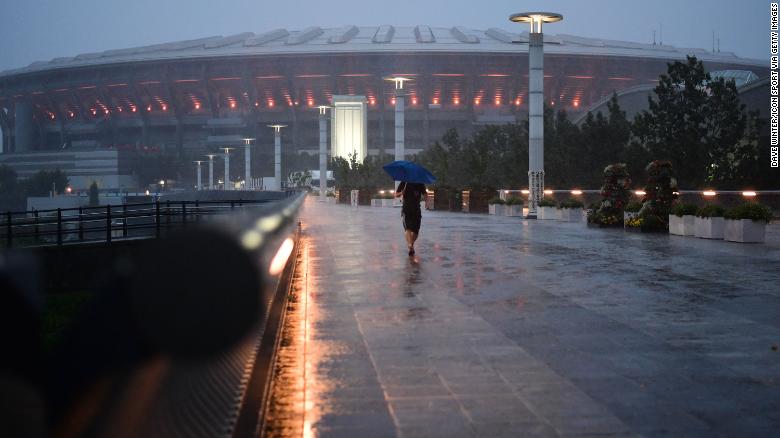 The area around the International Stadium Yokohama is deserted as Typhoon Hagibis approaches on October 12, 2019, in Yokohama, Japan. Heatwaves and heat stroke will threaten the health of both players and fans, extreme weather events and sea-level rise caused by climate change will flood stadiums and playing fields, and sea-level rise will threaten golf courses, the report warned.

Extreme weather events, which are linked to rising temperatures, have already affected major sports events around the world: Typhoon Hagibis wreaked havoc in Japan and at the 2019 Rugby World Cup, while in Australia, smoke from bushfires ravaging the country disrupted the Australian Tennis Open earlier this year. The study, released Saturday, found that sports leaders were largely failing to address the crisis or their part in creating it. The report authors warned that global sport’s carbon emissions are equivalent to that of a country the size of Angola by lower estimates, and Spain at upper estimates. 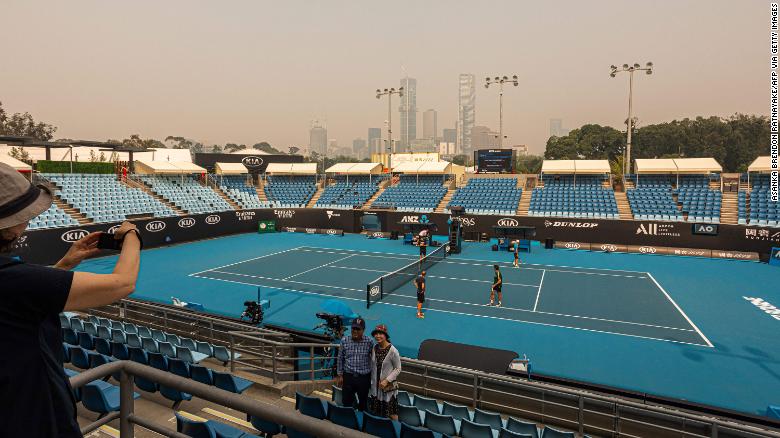 The horizon is covered with thick smoke haze in Melbourne on January 15, ahead of the Australian Open tennis tournament. But in spite of this, there has been a “woefully inadequate” response from the sporting industry the report authors said, noting that only a “tiny fraction” of the world’s leagues, federations, tournaments, clubs, and sporting bodies had made carbon targets, outlined their environmental commitments or signed up to the UN Sport for Climate Action Framework. Meanwhile, petrochemical companies, airlines, and vehicle manufacturers still maintained a presence as key advertisers and sponsors of sport, the study said. “Sport provides some of society’s most influential role models. If sport can change how it operates to act at the speed and scale necessary to halt the climate emergency, others will follow,” Andrew Simms, coordinator of the Rapid Transition Alliance, which published the report, said in a statement. “A first step would be to bring an end to sponsorship from fossil fuel companies and products promoting fossil fuel-intensive lifestyles. At the moment sport is part of the problem, but it can become part of the solution,” he said.

Report author David Goldblatt said that while widespread changes need to be made on a global scale to address the climate crisis, the sporting industry could spark a sea change if it committed to addressing climate change. “Sport maybe just big enough to register, in terms of carbon emissions, as a small nation-state, or a single megacity, but its own efforts are just a fraction of a percentage point of the world total. Yet few human practices offer such an extraordinarily large, global, and socially diverse constituency as those playing and the following sport.”Making a carbon zero world the common sense priority of the sports world would make a huge contribution to making it the common sense priority of all politics,” he said. Scientists have repeatedly warned that urgent steps must be taken to stave off the worst effects of climate change. The Intergovernmental Panel on Climate Change (IPCC) concluded in a landmark report that we only have until 2030 to drastically reduce our dependence on fossil fuels and prevent the planet from reaching the crucial threshold of 1.5 degrees Celsius above pre-industrial levels.

Pets: Are You Aware Of The Risks To Human Health?
Tourist Dies In Ocean During Defying Hawaii Quarantine